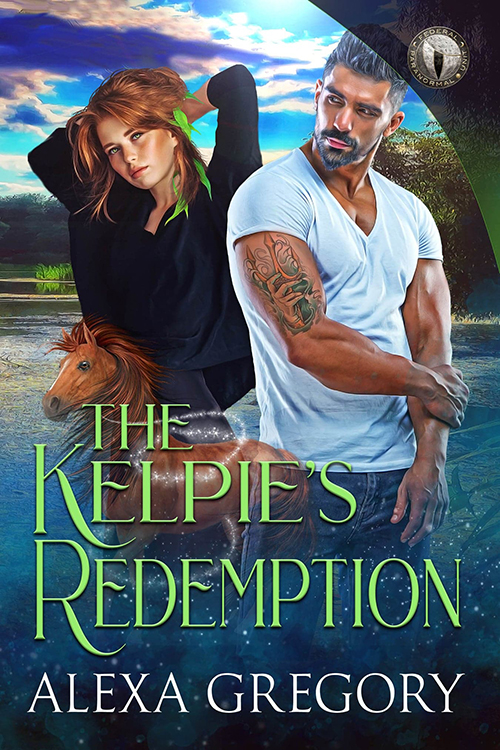 What was thought to be lost to history has now reappeared, and will leave death in its wake…

Sorcha Ross is happy living a happy quiet life in Scotland. After centuries used as an unwilling assassin, she finally feels free of her master’s command. Until the day she wakes up on unfamiliar shores, next to the body of a drowned man. The seaweed around him confirms that he’s been killed by a kelpie… and Sorcha is the only kelpie around.

Agent Fitzroy Yarrow needs to prove himself to the FPU. No one believes a naiad can harness their impulsivity enough to be a serious agent, but Fitz is determined to show them otherwise. It’s going to be an uphill challenge, though. While he’s trying to focus on a mysterious drowning case, his naiad side is captivated by glistening waters and a certain sexy red-head.

But what will Fitz do when he learns that the object of his desire is hiding a secret that can compromise his position in the FPU? Can Sorcha break through centuries of mistrust and open her heart to this man who is doing everything to show her that he’s different than all the others who harmed her? Will they win the race against time to find the person controlling Sorcha before they make her kill again?

This paranormal romance about a reluctant assassin and an investigation agent turned protector is part of Milly Taiden’s Federal Paranormal Unit (FPU) world.