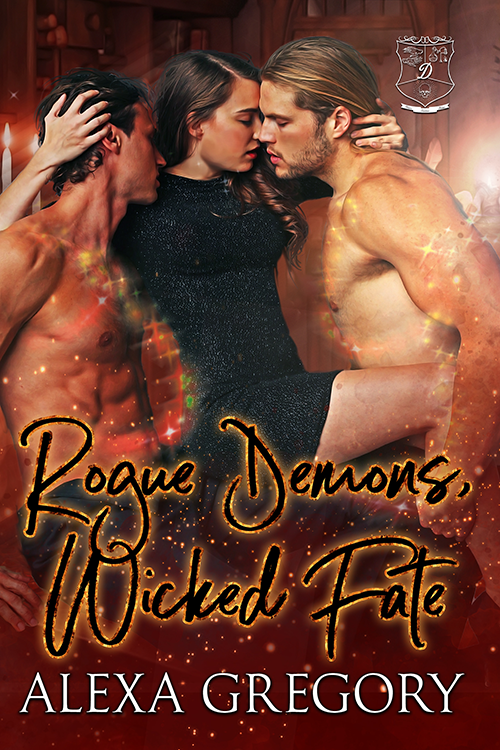 Life shouldn’t be able to sneak up on a psychic witch, but when it does? Zéryphine Dread is led straight to Hell where she finds a noble demon, a reluctant fighter, and a royal coup.

Zéryphine’s life is predictable. At least, it used to be. The last thing she expected was for her sister to pop out of a portal, insisting that Zéryphine enter Hell to help protect the royal family from a dangerous uprising.

Torren and Caspiel are two very different demons. One is a fighter in the Pits of Hell, and the other is a noble. Their relationship is threatened when Caspiel gives away some of his powers to help Torren escape the Pits. Hiding from their enemies, their only protection is a deep connection with Zéryphine. The enthralling psychic claims she needs their help.

Locked together in a mission to save the royal family, the two demons and the witch will have to fight to find the truth behind the prophecy before it’s too late.

This MMF polyamory paranormal urban fantasy romance is Book Three of the Dread Dynasty series, but it can be read as a stand-alone. This is also the third book in the Nocturna universe.