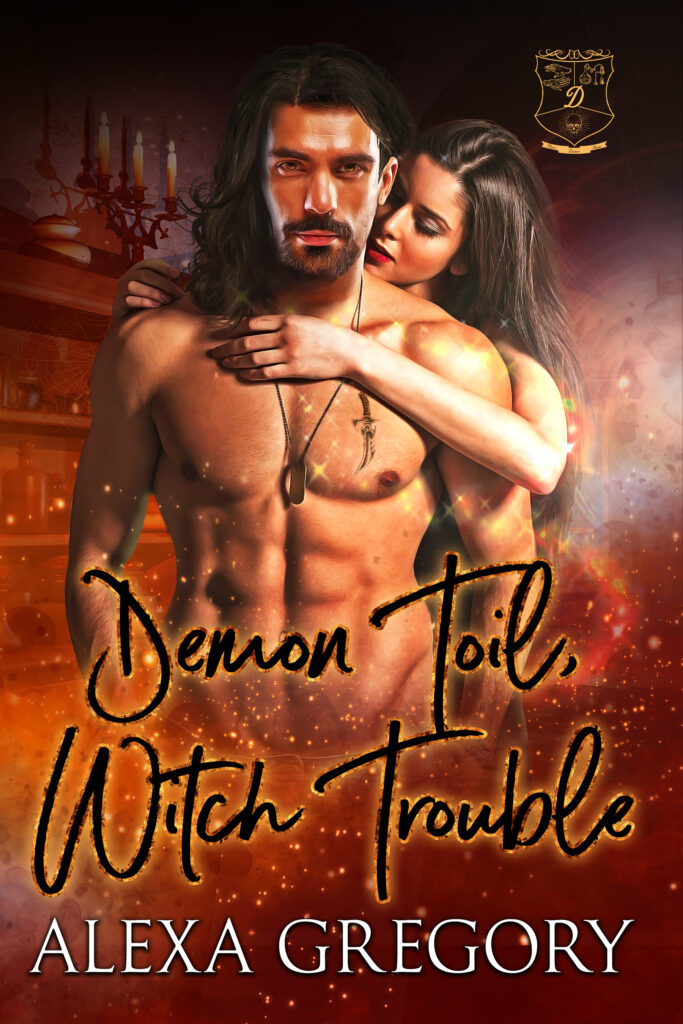 A powerless witch and a banished demon walk into Hell…That’s not the beginning of a joke, that’s Satine Dread’s life.

After a bitter betrayal, Satine has to figure out if she’s going to face a future without magic or let herself be consumed by her desire for revenge on her powerful warlock ex-husband.

Arcane Nephil is absolutely guilty of the crime that got him kicked out of Lucifer’s Kingdom. Even so, he’s desperate to get back and finish what he started. When he crosses paths with Satine, he sees an opportunity: if she pretends to be his fiancée, his demon father has to let him back into the Devil’s domain for their nuptials.

Satine agrees to Arcane’s scheme, but only after a prophecy tells her she has to. What starts as a quest for answers quickly becomes so much more when the pair stumble onto a plot to overthrow the royal family. Witch and demon will have to work together to protect Hell’s crown, all the while planning a very fake wedding.

This paranormal urban fantasy romance is Book One of the Dread Dynasty series, but it can be read as a standalone. This is also the first book in the Nocturna universe.