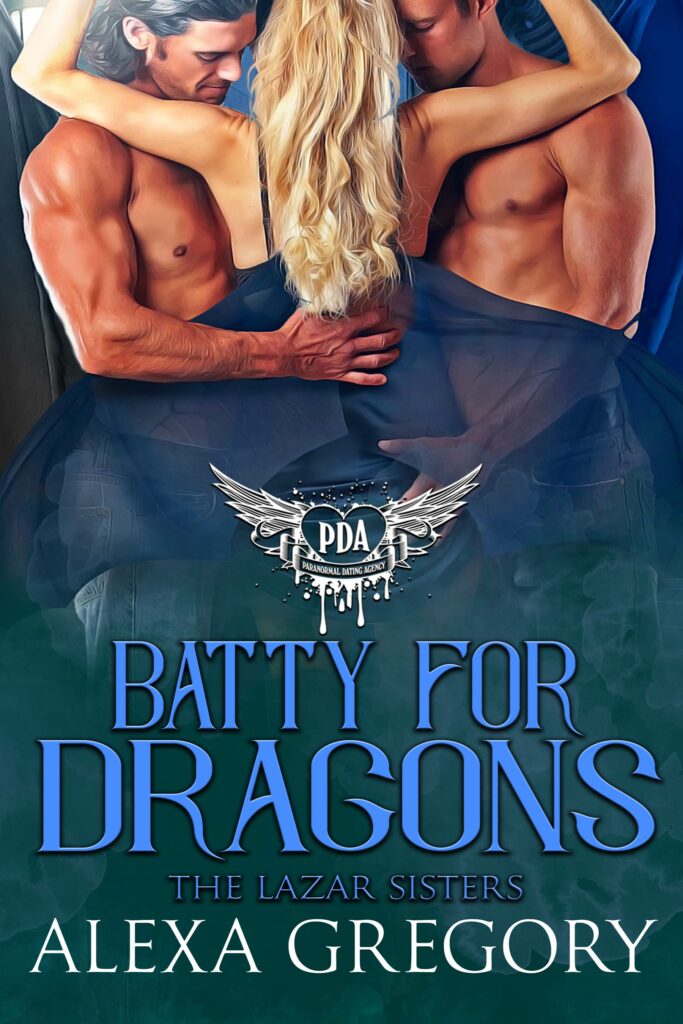 Amazon
Part of the The Lazar Bats series:

Bat shifter Amalia has always played by the rules... until now! Middle sister is sick of being the dependable one, and she’s leaving home to go party in New Orleans.

The Dreads, a formidable warlock family, hire Amalia on the advice of a family friend, Gerri Wilder. It’s not the
nanny position Amalia thought it would be, and she’s soon caught up between her employer’s expectations and her charge’s secrets.

Reznor and Lanso are co-alpha dragon shifters who share love and a bond, but their clan insists they can’t stay in power if they don’t complete their alpha triad. It wouldn’t be a problem, except that they’re cursed with the inability to locate her.

Something shifts in the air when the dragons cross paths with Amalia at the Dread household. The connection is strong and undeniable. But when Amalia’s charge goes missing, the dragons learn just how much she’s
come to mean to them in very little time.

This MMF polyamory paranormal romance is part of Milly Taiden’s Paranormal Dating Agency (PDA) world. It is book two of the Lazar Sisters trilogy but can be read as a standalone.